A small collection of sound recordings...

A recording of wind blowing through a gully in bushland.


Wind over the scrub at Fort Rock, Blackheath NSW.

Microphones were placed within the scrub near a cliff edge to record the high winds blowing over and through the scrub.

The sound recording below is a 'mono' excerpt from approximately 32kms up into the stratosphere and, to my knowledge, the first of its kind. There are some mysterious low frequency sounds occurring, it is currently unknown exactly what these are but the two theories are; they are from a passing plane at a much lower altitude, or from tension created in the line that attached the payload to the balloon. However, I take great care to prevent the microphones from picking up unwanted sounds so the line tension theory is not certain and this will only become clearer after my next flight. But the stratosphere is seemingly a very quiet place and I feel in the future I maybe be able to get closer to a natural silence, or at least the limit of the microphones. Due to this the recording is of course low in volume, headphones or good speakers in a quiet room are best.

Grasslands National Park is situated at Vale Marie in southern Saskatchewan, just North of the Canadian and US boarder.

My interest in recording at Grasslands National Park came after reading of Gordon Hempton’s work. Hempton is a sound recordist, acoustic ecologist and founder of the One Square Inch project. Through the basic criteria of “no anthrophony for at least 15 minutes or longer during daylight hours”, Hempton classifies Grasslands as one of “the last great quiet places” on the planet.

As part of the journey to record the lowest level of the soundscape free of anthrophony, biophony and limited geophony, I travelled to Grasslands National Park in June 2016. It is largely free of all human sound, the wildlife is low in volume and consists mainly of bird song, the occasional distant call of a Bison and the always-chirping Prairie Dogs. The geographic sounds are minimal with low-lying grasses being the prime vegetation. On a still day it is a very quiet natural place.

The soundscape of the open and vast grassland tells of an untarnished natural place of remoteness and quietude. While there were sound recording problems created by circling storms, I did mange to find periods of stillness and placidity to record the quietude I aim for.

However, capturing these base level atmospheric recordings of the soundscape that largely eliminates primary sounds was made exceptionally difficult by the chirping Prairie Dog colonies. Birds could be limited by choosing the time of day to record and other wildlife sounds were minimal but the chirping Prairie Dogs were a constant.

This recording includes the Prairie Dogs chirping with bird song, all of which are recorded at a distance, the recording is low in volume because the location itself is very quiet.

I travelled further into the park to get my mic’s away from the Prairie Dogs. The following recording is at Frenchman River Valley. Although there was some wind that can be heard blowing through the grass, along with some birdcall and insect sounds, this is the quietest recording I captured in Grasslands. 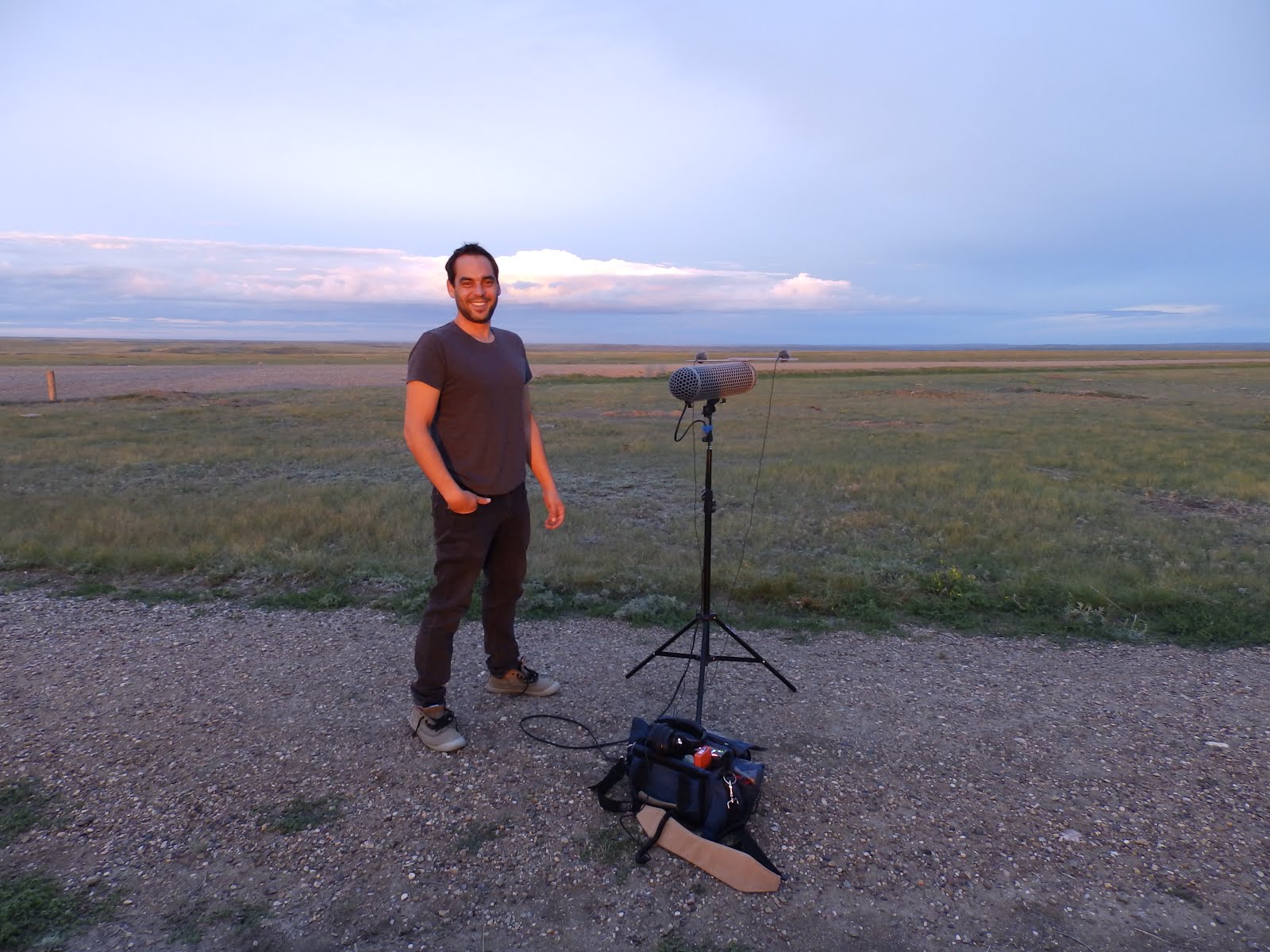 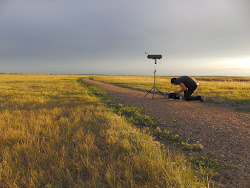